Driving A Car in Morocco 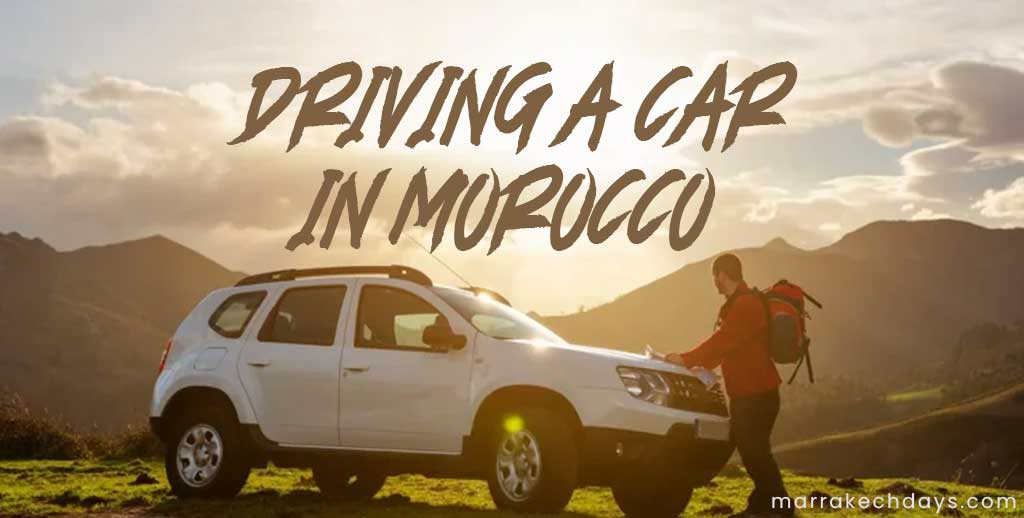 Adapting to Moroccan roads can be daunting and intimidating for newcomers abroad. The first week in Morocco you will be nervous, especially when approaching a busy traffic circle; you probably won’t know who has the right of way or how many lanes are actually available. But you’ll soon get used to it. Some things will be annoying, like people driving like a two-lane road is a five-lane road and a one-way road is a two-lane road.

While a car is not necessary if you limit yourself to the major cities, it is the best and only way to explore Morocco’s mountainous regions, small coastal towns, and countryside.

Are there any special requirements for driving in Morocco?

The state of the road network in Morocco is constantly improving. The government has invested a lot of money in building new roads. People drive on the right and overtake on the left. Stay to the right when approaching cars at an intersection and be careful when turning, as cars behind you may try to overtake you at the same time. It is forbidden to talk on your cell phone while driving in Morocco.

Defensive driving in Morocco is a good idea. The quality of Moroccan roads can vary widely, so you should adjust the speed of your car accordingly. Rural roads are often in poor condition; I recommend renting a 4×4 if you plan to drive on secondary or regional roads that you are not familiar with.

You should avoid driving at night, as most of the “obstacles” on the road are not visible; also, there are mountain roads that have no crash barriers. In Morocco, drivers honk on purpose. If you don’t know what to do at a traffic light, the horn will warn you.

What should I do in case of an accident?

Do not move the vehicle unless it is in a dangerous position that could cause another accident. Exchange insurance information and instructions with the other driver. If you have a camera with you, take pictures of the accident for insurance purposes. If you are traveling in a rental car, it is best to ask the rental car company for directions. You can make arrangements with the other driver for coverage without contacting the insurance company, but do not do so without the consent of the rental car company.

If you are traveling in a rental car, you should call the rental car company so they can advise you. Here are some other figures that may be helpful:

Royal Gendarmerie, outside the city: 177

What are the rules on the use of seat belts in Morocco?

Seat belts are compulsory for all drivers and passengers. If you have children under the age of four, they must have a seat and sit in the back.

What is the cost of fuel in Morocco?

Gasoline in Morocco is slightly more expensive than in Europe. Since gas stations are often far apart, it is advisable to fill up as often as possible, especially at night when many gas stations are closed.

You can rent your suitable car

What is the alcohol limit?

Because Morocco is a Muslim country, there is a zero-tolerance policy. Do not try it unless you are prepared to spend time in a Moroccan prison.

Marrakechdays offers you these cars and more (Check here)

Can I use my national residence permit in Morocco?

Are there toll roads?

Yes, there is an extensive system of toll roads in Morocco because the infrastructure is based on the French system. There are toll roads between major cities such as Rabat, Casablanca and Tangier.

In Morocco, you can drive your car from east to west and north to south and pay depending on usage. Compared to European countries, toll roads in Morocco are cheaper.

What are the speed limits?

In Morocco, speed checks are often done with radar. If you exceed the speed limit, you will be fined on the spot.

What is the minimum age for driving?

You must be at least 18 years old to drive in Morocco. Some car rental companies require you to be over 21 and have at least one year of driving experience.

We hope that this article was helpful to you. For more relating blogs check here.