How to Spend A great Holiday in Morocco 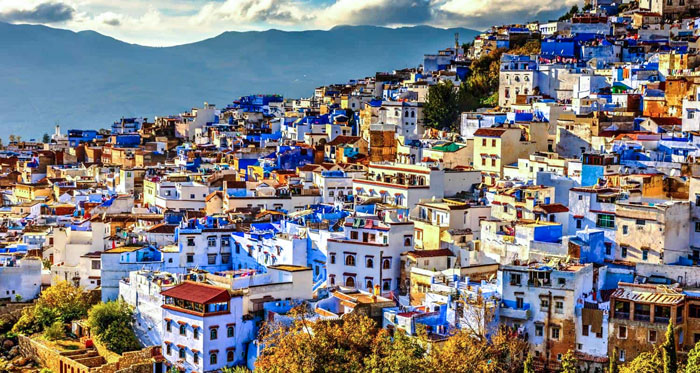 Would you like to take your children on a trip that will change the landscape, be not too far away and not too expensive with kids or baby? Then spend your holiday in Morocco as a family, either for a family trip or to stay in one place.

Visit Moroccan cities like Marrakech or Fez with their souks and exotic medinas, ride camels in the desert near Ouarzazate, swim on the beautiful beaches of the Atlantic coast in Essaouira or Agadir, hike through Moroccan valleys like the Draa Valley, hike in the Atlas Mountains: the list of visits and activities with kids and teens in the Kerif Kingdom is very long. Plan several trips to discover this North African country.

And why not head to Morocco for Christmas in the sun as a family? In addition to the mild temperatures, you’ll experience a unique end-of-year holiday.

Most important sightseeing and activities on a family holiday in Morocco

Sightseeing in the Moroccan royal cities with children

Marrakech, Fez, Casablanca… Just hearing the names of these cities makes me want to go to Morocco (with my family, of course!). Visiting the imperial cities and villages in the land of the distant sunset is an indispensable opportunity to discover the typical oriental atmosphere. Colors, smells, tastes, sounds – everything is new and fascinating for children and parents alike. Visiting the medina (old town) and the souks is a real adventure for the whole family.

Vacations in Morocco with the family

It is good to know that the cities that played the role of capital in the history of Morocco, namely Fes, Marrakech, Meknes and Rabat, the current capital, are called imperial cities. You can form your own family tour in Morocco if you want to give preference to city trips.

In Marrakech, you can stroll through the Jemaa el Fna square, which has been declared an intangible cultural heritage by UNESCO. It is the main attraction of the Moroccan city that should appeal to your children: you will be immersed in a very festive atmosphere among snake charmers, acrobats and water carriers in traditional costumes.

Another exotic atmosphere, that of the souk and its various quarters: teach your children to haggle for souvenir slippers!

You can rent your suitable car

Stroll through the medina of Fez, a World Heritage Site, and discover with your children the mosques, palaces, gardens, fountains…

Rabat, the Moroccan capital with children.

In Rabat you can walk with the family among the white and blue painted houses in the narrow streets of the fortress Kasbah des Oudayas. Visit the Mausoleum of Mohammed V, both for the view and for the symbolic value of the monument, where you can see the sarcophagus of the very popular Mohammed V.

Meknes, in the north of Morocco, is an imperial city. Its numerous mosques have earned it the nickname “city of a hundred minarets”. The historic center is protected by UNESCO and is definitely worth a visit: take the kids to see the imposing Great Mosque with its beautifully carved doors.

You can also visit mausoleums, a Medersa and a museum of Moroccan art.

Don’t miss Essaouira, formerly known as Mogador, a beautiful blue-and-white-walled city on the Atlantic coast: stroll the cobbled streets to the port, then sit on the city’s sprawling beach.

Another Moroccan seaside town clinging to a cliff of the Anti-Atlas and not far from the Sahara is Sidi Ifni: it is very touristy and attracts visitors also for its beaches and its blue and white city.

In Agadir, a seaside resort on the Atlantic Ocean, you can enjoy 10 kilometers of beach for a family holiday in Morocco with your feet in the water. You can also stroll through the old Kasbah district, the souks and the new medina.

Visit the heritage museum to discover the Berber culture with your children.

A less urban destination, Ouarzazate is nestled between desert and palm trees. The city itself is of great interest with its ramparts, mosque and Neolithic petroglyphs.

Also visit the film studios of Ouarzazate to relive the sets of Asterix and Obelix.

It is especially the location of famous films such as Lawrence of Arabia and The Diamond of the Nile.

Visit Casablanca and its unmissable Hassan II Mosque with its 210-meter-high minaret.

Taroudant, known as Little Marrakesh, not far from Agadir, is a fortified city surrounded by a gleaming wall. You can explore it on foot, by bicycle, or – why not – by horse-drawn carriage.

Stroll through the souks and the medina.

Chefchaouen, one of the most beautiful medinas in Morocco

The town of Chefchaouen, in the Rif Mountains, is home to one of the most beautiful Moroccan medinas: don’t hesitate to get lost in the narrow streets with their azure-painted houses and richly decorated doors.

Stop in the central square of Outa el Hammam to visit with your children the red-faced kasbah, the fortress and the 15th century keep.

Destination Tafraout in the Anti-Atlas, a Berber town known for its ambiance, set in a cauldron of pink granite rocks.

Discover the oldest medina in northern Morocco protected by UNESCO, the medina of Tetouan.

The ancient Roman city of Volubilis

Take a trip back in time to the ancient Roman city of Volubilis. About 30 km from Meknes, your children will see one of the most important Roman sites in Africa with its mosaics and arches.

The Walled City of El Jadida

Step back in time in the walled city of El Jadida and visit the underground cistern of the castle, built by the Portuguese in 1514.

Oukaïmden, a winter resort in Morocco

During a stay in Morocco, we had the opportunity to see prehistoric rock engravings dating back to 1200 BC in the winter sports resort of Oukaïmden. You can also see them in Aït Ouazik.

Do not hesitate to take a guide who will explain the meaning of the engravings, especially the symbols that guided the caravans in the past.

Fertile valleys that cut their green furrows in the desert, refreshing oases, a sea of dunes in the desert, Atlas peaks over 4,000 meters high, long beaches north of the Atlantic Ocean – the Moroccan landscape adds another dimension to your family vacation: that of a tremendous adventure that fills the eyes!

Take the N9 from Marrakech, pass through the Tichka Pass, Ouarzazate, the capital of the Draa, Zagora, M’Hamid.

During this round trip on Moroccan soil, stop in the Berber village of Telouet to visit the Glaoui, the Pasha of Marrakech.

And a stop at the UNESCO-protected fortified Ksar Aït-ben-Haddou in the Ounila Valley, south of Telouet. It is still possible to see a fondouk (caravanserai).

Valley of the Dades Gorge

Another road trip in Morocco, to the valley of the Dades Gorge, a spectacular route between gorges and ravines, some of which are over 500 meters high. For fans of desert landscapes contrasted with greenery, this is the place to be!

Why not go to the small tourist valley of Ammeln, off the beaten track: Berber villages, green oases, high mountains of the Anti-Atlas.

Discover the rose gardens of the Kalaat M’gouna valley

Visit the rose gardens in the valley of Kalaat M’gouna, considered exceptional. Great festivals are held at harvest time in May.

Our stay with trekking in Morocco in the Atlas Mountains

During our stay in Morocco, we traveled by car and trekked along the magnificent road to Oukaïmden with its villages perched on the slopes.

From Oukaïmden we began our trek through valleys full of contrasts between the blood red ochre soil, the green and raw barley fields and the remote villages where the women are particularly active: We saw them washing clothes with their feet and kneading them vigorously in wash basins. They were surrounded by children frolicking in the water, like all children in the world. The women always cut the tall grasses and carried them on their backs, folded in a square, others carried the cows by the halter.

Ascent of Toubkal with Adso

In Arendt we are in the Atlas Mountains, at the foot of a colossus, the Toubkal, which with over 4000 meters is the highest peak in North Africa. After a night in the CAF Nelter hut at 3200 meters, we finish our trek in beauty with the ascent of this peak, which is very easy and not technical at all.

How about trekking in the Middle Atlas with the children carried by donkeys and their own things carried by mules?

Another contrast typical of Morocco is that between the desert and the oases.

The whole family can also cool off at the Ouzoud Waterfalls in the Middle Atlas, a 110-meter-high natural wonder often crowned by a rainbow and home to macaques that come alive to the delight of children.

Camel trekking in the Moroccan desert with the family.

How about a camel ride or an expedition through the Moroccan desert: an unforgettable family adventure is guaranteed!

Spend your holiday with your children in Morocco, off the beaten track.

You can visit the imposing dunes of the Chegaga erg. You can also explore the dunes of the Merzouga desert (Erg Chebbi) and bivouac in a Berber tent at the foot of the dunes.

Christmas trip to Morocco with the family

Why not take a Christmas trip to Morocco with the family? On the Atlantic coast you can enjoy a holiday in the sun with a spring-like climate. You can experience a unique Christmas in the Moroccan desert or even find snow for skiing in some Moroccan resorts:

As for the festive Christmas atmosphere, while the streets are not overflowing with decorations and lights, hotels generally get in the mood for the holiday season with traditional decorations and adapted festivities, such as garlanded palm trees. Your children will not soon forget their exotic Moroccan Christmas.

No comments to show.